7 February 1971 is a historic date, as the Swiss political system finally became a democracy worthy of the name: on this day, Switzerland became one of the last countries to grant women the vote. It took a long time before this decision was finally reached. Initiatives such as the first federal popular vote for the introduction of women’s suffrage in 1959 stood no chance at the ballot box.

The stamp marking the 50th anniversary of this decision features Helvetia, the iconic figure of Swiss democracy, casting her vote at the ballot box. The image focuses on this symbolic act. Inspired by the women’s strike movement, the stamp features warm shades of violet. Whenever they use the stamp, senders are taking a stand for equal rights. 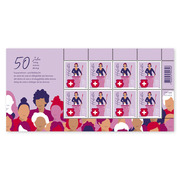 More articles on the topic 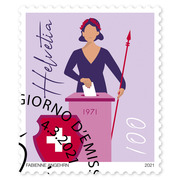 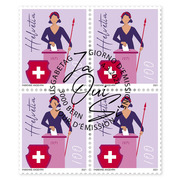 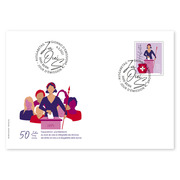 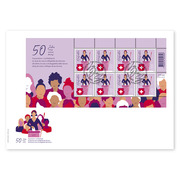