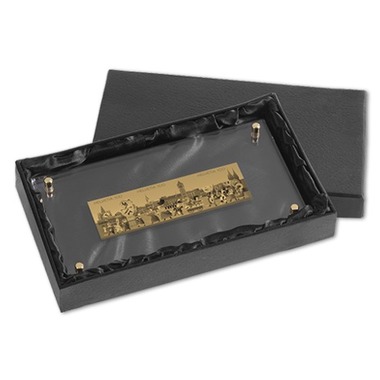 Other products of Basel Carnival

In the South Korean city of Jeju on 7 December 2017, the international committee responsible for granting intangible cultural heritage status inscribed Basel Carnival on the Representative List of the Intangible Cultural Heritage of Humanity. The bid was commended as exemplary by UNESCO, because the carnival "contributes to social cohesion, promotes tolerance through social criticism and helps safeguard the local dialect.” The stamp motif was designed by Domo Löw, a dedicated Basel Carnival enthusiast. It depicts the famous "Morgestraich”, which kicks off the colourful festivities on the Monday after Ash Wednesday at 4 a.m. on the dot. This is followed by the procession, with its mischievous motifs, the popular "Schnitzelbank” songs and much more besides. After precisely 72 hours, Switzerland’s largest carnival comes to an end with the traditional "Ändstraich”. Around 20,000 people actively take part in the carnival, and around 200,000 spectators from Switzerland and abroad also come along to experience the event.